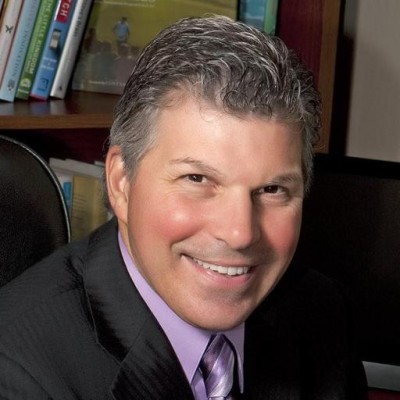 I write about success, leadership and communication.

The actor Matt Damon appeared on The Tonight Show a few weeks ago to promote a new movie. He wore a nicely tailored dark suit, vest, and tie. For another interview earlier the same day, Damon dressed more casually in a V-neck sweater. Damon dresses appropriately for the ‘culture’ of the show. If he’s seated next to Jimmy Fallon, who always wears custom-tailored suits, Damon is going to dress as good—if not slightly better—than the host.

Matt Damon’s wardrobe choice provides a valuable lesson in dressing for the workplace.

Sitting backstage at a business conference a few years ago, I asked a military hero the secret to leading a team into battle. “That’s a long answer, Carmine,” he said. “But I can tell you it all starts with how you’re dressed the first time you meet them. If your pants are whiter, your shoes are shinier and your clothes are better pressed, you’ll communicate confidence, a commanding presence. You’re telegraphing that you’re in charge.”

I think we all agree that leaders should ‘look the part.’ But what, exactly, does that mean? In my experience interviewing some of the most admired leaders on the business stage, my conclusion is that leaders who stand out dress a little better than everyone else, but appropriate for the culture. For his portrait on the August 23rdcover of Forbes magazine, Instagram founder Kevin Systrom is wearing a dress shirt, sport jacket and pocket square for a dash of personality. The photo inside the magazine shows an even more formal Systrom in a suit and tie for his meeting with Pope Francis when he got the Pontiff on Instagram. The photos tell me that when Systrom meets world leaders or has his photo taken for a prestigious business magazine, he dresses the part.

Top CEO recruiter James Citrin advises job candidates—especially new college graduates—to dress a little better than everyone else in the office, specifically 25% better. On The Today Show, Citrin was asked how a graduate should dress for a job interview. “A grad should do her homework and then be 25 percent more formal than the prevailing dress culture,” he said.

Dressing 25% better suggests that you’re going to take a bit more time to press your clothes, update your wardrobe once or twice a year, wear clothes that fit your body type, choose colors that compliment your skin or hair color, and avoid worn or scuffed shoes.

Real estate mogul and ABC’s Shark Tankinvestor Barbara Corcoran once told me that early in her career she always spent a little extra money on brightly colored dresses to help her stand out. She spent the extra money when money was tight because

In fact, each of Corcoran’s five co-hosts onShark Tank are all impeccably dressed. I once shared a stage with investor Daymond John. I’ve seen him wear gorgeous suits on the television show, so I chose to wear a newer suit and tie as well. And it’s a good thing I did. The FUBU founder showed up looking like he was worth every penny of his estimated $300 million fortune.

Dress 25% better than everyone else. It’s an easily attainable rule of thumb that will help you stand out in the workplace.

10 New Ideas for Making Money on the Side

11 African Entrepreneurs Who Are Changing the Business Landscape

How To Carry God’s Fire (prt2)

WHAT IS DIVINE FAVOUR?